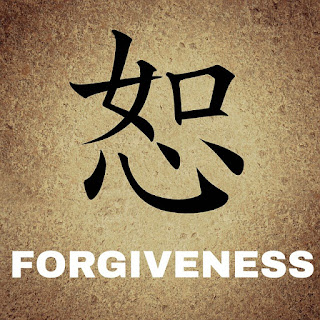 Let's talk about forgiveness. There are many opinions on the subject, and if asked, each opinion-er will argue that they are correct or valid; and this article will not fail in providing you with yet another opinion on forgiveness. Beginning with the definition: after googling the description, this one best fits this article. Forgiveness is the intentional and voluntary process by which a victim changes feelings and attitude regarding an offense; let's go of negative emotions such as resentment and vengeance.

To elaborate on that definition, forgives is choosing to let go of the negative energy that binds you to the person that offended or wronged you. It is you who decides not to allow that negative energy to keep you two bound together. I have heard throughout life that forgiveness is for the victim, not the offender. I usually dismissed the thought and the person behind such foolish talk, which was what I believed it was. I now understand. Choosing to forgive someone does not mean that undying love and friendship must occur; neither does it mean that they must attend your yearly b-b-q's. It just says that there has been a choice to release the negative energy that binds the two of you together.
Many likely switch the definitions of forgiving and forgetting. Forgiveness can happen at the snap of a finger, it's just a choice; forgetting is what takes time. It may take time to forget how you allowed someone in your inner space, and they created chaos. It takes time to move a person from the intimate area to the outer boundaries of your life, especially if the person was a partner or lover. That takes time. Forgiveness doesn't.

There was a recent case regarding Amber Guyger and her killing her neighbor Botham Jean in his home. (This article does not consider any subject but forgiveness.) After the trial, Mr. Jean's brother hugged Amber and told her that he forgave her, and there was outrage. Many expressed that people of color were quick to forgive others for wrongdoings. Many insulted Mr. Botham's brother, referring to him as an Uncle Tom (which history tells us that Uncle Tom was a man of honor), and many were disgusted. I commend him for choosing to release that energy that bound him to her. Again, forgiving is merely releasing the connection that binds you to that person.

If someone has wronged you and you genuinely want to forget them, forgive them. Holding onto that force is a constant reminder for that person to take up space in your head and move in and kick other more productive thoughts and people out. Many people walk away from those that hold grudges and harbor hate. Unforgiveness will eventually consume you with hatred, and your life can become unproductive, or at a minimum, peppered with disdain. So, for this next month, do an inventory of your life and consider who needs forgiveness. It's not for them; it's for you. Release the vitality that pins you to them, and then forget about them. It happens in that order. And it doesn't mean that you now must become friends, because you don't.

Popular posts from this blog

Are you Living in a Alternate Reality?

March 15, 2019
Imagine the possibility of each of us operating in our own reality. To show this draw a straight line on a piece of paper. The bottom would be your birth, and the top would be death. The middle is where you are right now. If we were to exist on this continuum, then our lives would mimic ideal. Now imagine that every time something happened to us that was difficult to process, it kicked us off the "straight and narrow." At that time, the new path becomes reality, altered by the life event. Every time something happens, this pushes us further from our true selves. The version that was the most authentic becomes altered and failing to regroup put using this faux-reality. Imagine existing in this faux-reality since the age of five. You may not even know how to re-group at this point. And because everyone has different life experiences and different milestones everyone has a different reality. Now compare that to how people in society relate to each other.

Finding and Living Your Ten

Finding and Living Your Ten

What is the one thing that you can do every day that you cannot imagine living the rest of your life without? That is your ten. As I grew up in Miami, Florida.I knew from a very early age that I wanted to love people, but it took me until I was over the age of 40 to make the connection on how to love people and make an honest living 😊.
I see life on a scale of one to ten.One is getting up every day, existing, going back to sleep and repeating it the next day.Ten is living a mindful life, enjoying and paying attention to the times you are in the presence of others.Getting up every day with purpose and excitement, looking forward to doing that one thing that brings you joy and purpose.That thing, is defined for the purpose of this topic as, if there was a way that your physical needs were met, a way where you could live the life that you dreamed with the resources necessary to live ideally. If there was a way that all of those things were done and you could…
Read more